Apple laptops such as the Macbook have Mini Displayport ports, also known as Thunderbolt ports, to which you can attach an external display, TV or monitor with an HDMI input. You could also use this Thunderbolt to HDMI adapter to connect to certain projectors that have HDMI inputs. 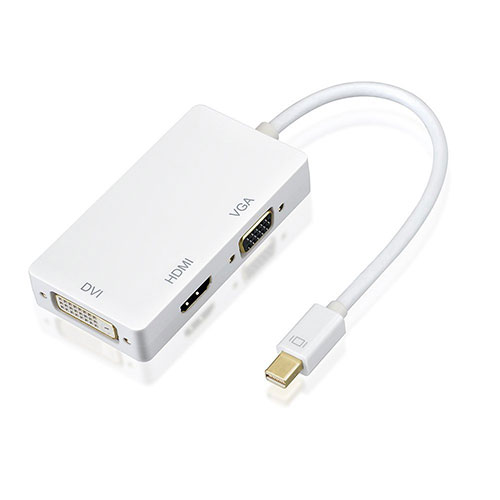 This Mini Displayport/Thunderbolt to HDMI adapter has three outputs: HDMI, DVI and VGA (all three computer video standards), allowing you to connect to virtually any monitor. Note that since this is a converter, you’ll also need an HDMI cable, VGA cable, or DVI cable to connect to the external display device itself. 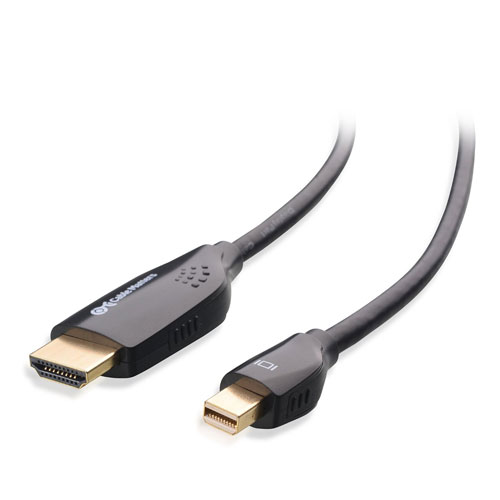 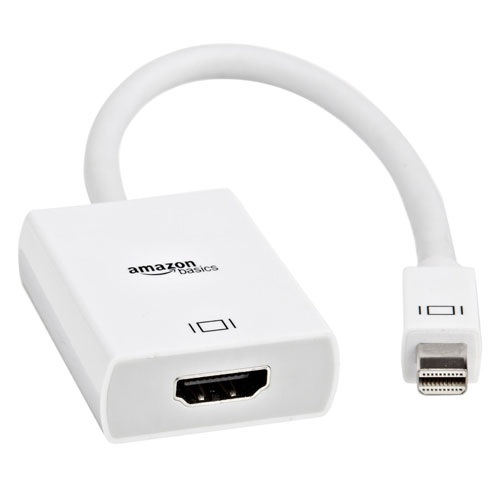 This is an adapter to convert the Mini Displayport/Thunderbolt output from your computer to an HDMI signal which you can plug an HDMI cable into to connect to a television, video projector or external display. It does not include the HDMI cable, which you will need to supply yourself. 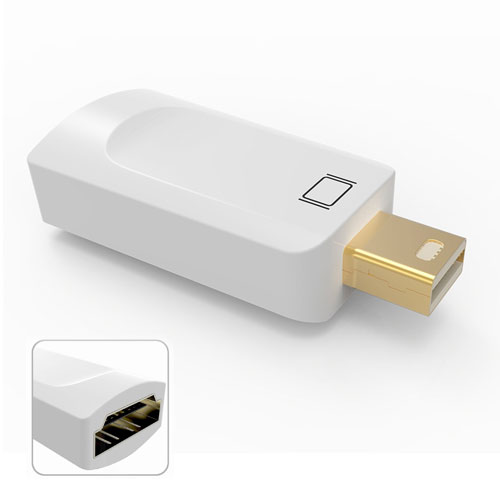 Although at a casual glance this item looks like a normal USB stick, it’s actually a Mini Displayport to HDMI adapter. It plugs into the Thunderbolt port on your computer and converts it to an HDMI port. For those looking to minimize the number of cables they travel with, this stick style adapter can be a great option (however it of course isn’t flexible if you need your converter to be used at a 90 degree angle because of space concerns for instance).